The Whatis website says that “a Facebook group is a page created for an organization or business to promote activities. Users can join the group and post their thoughts on a wall and interact through discussion threads.”

A Facebook Group is an excellent way of using social media to get dialogue going around a particular topic. For instance, the Yellow Vests Canada is a group designed to share information about the members’ dissatisfaction with the sitting Liberal government.

See the example below. 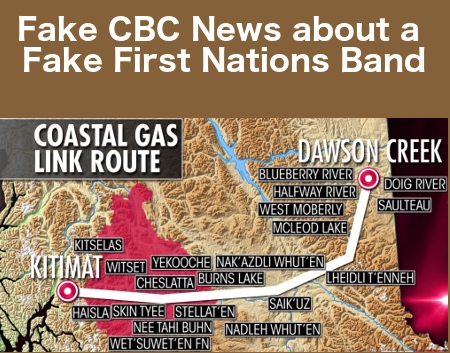 The image above accompanied this story:

The CBC reports that the First Nations bands are trying to block the Eagle Spirit pipeline that would move Alberta natural gas from Dawson Creek to Kitimat.

Stephen Buffalo, the President/CEO of the Indian Resource Council, was asked why First Nations wanted to spearhead a pipeline through their land. He said he wants to see people working instead of living on handouts.

Every single First Nations band along the proposed pipeline route has signed an agreement to let the pipeline go through their land. That includes the Wet’sywet’en band.

There is a corporation largely funded by white people called the Office of the Wet’sywet’en Society (OWS). They are trying to stop the pipeline. The CBC has told the Canadian public that a First Nations band is blockading the pipeline. That’s a lie.

The OWS is not a First Nations band. It is a company that fraudulently receives money from our government.

Learn much more about this story at bit.ly/fakepipelinenews.

This was an important story to post to the Yellow Vests Canada group. It helped to further their cause.

Within days of this post first appearing , it had 1527 Shares.