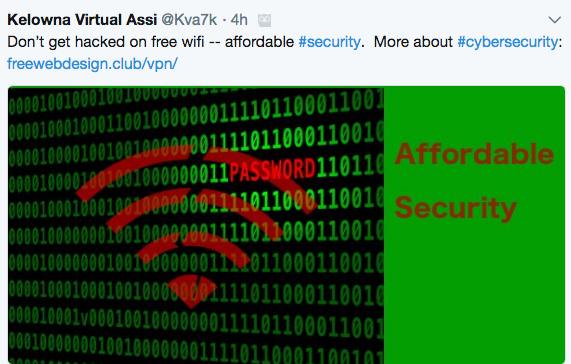 technology & computing with the sub-interest of network security.

You will get a code snippet that looks something like the code below.

Copy it into your clipboard (Cmd C). Paste (Cmd V) it into the source code above the </body> tag on every page you wish to track.

I had inadvertently set my maximum bid at $5. That is unwise & totally unnecessary. The ad is being show throughout the English speaking world.

So, I went to ads.twitter.com. That opened up my dashboard.

Fortunately, Twitter charges one cent more than the second-highest bid. So, I was charged only 32 cents per click. It had given me 3867 impressions & 62 clicks.